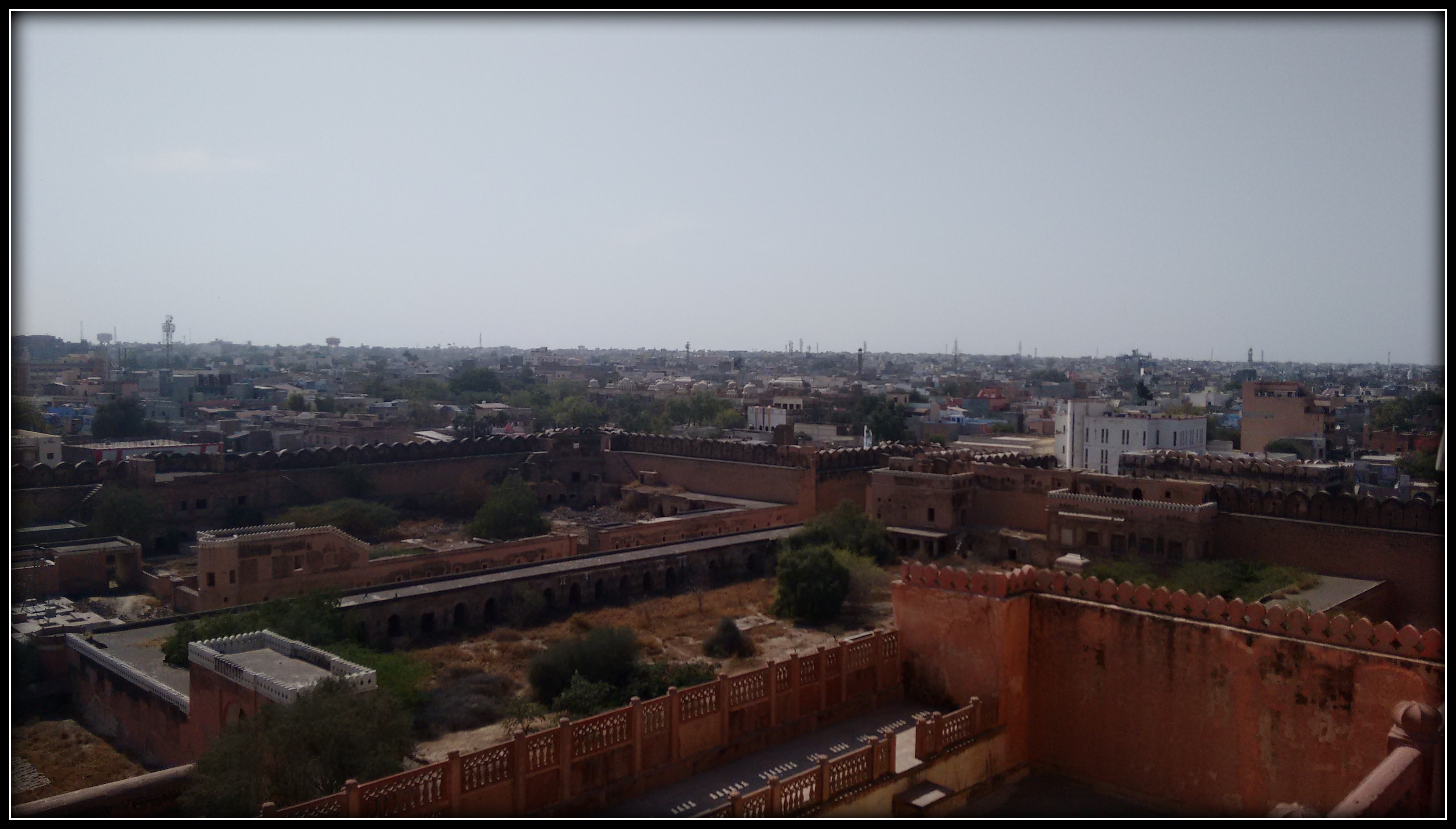 I had a great time at my friend’s wedding and at the end of it I was part of the family. I enjoyed the local delicacies and to top it all the Rajasthani love. After an awesome stay at Jaisalmer, time was up for a new destination.

As per my original plan I planned to ride back to Jodhpur, Udaipur and reach Gujarat. Incidentally I met with a Punjabi family at wedding and they invited me to come to their house in Punjab. I asked them if there was any cultural event/festival in a couple of months? They mentioned that there is a yatra which happens from their village to Dera Baba Nanak (border). I instantly said yes to them. I was quite excited mainly for two reasons: (a) it would be a physical challenge to walk 90km in 3 days (b) an experience of the village life. Having a flexible timeline always helps you to plan spontaneously. I decided to go north.

I called my go-to man my Ramesh Mama, who incidentally saw most of India (coolest profession). He gave me an idea to visit Bikaner which is 280 km from Jaisalmer. I used to pack my luggage every day and decided to leave, but my hosts did not allow me to. My plan of staying in Jaisalmer for 3 days turned out to be a week. I was almost the last one to leave.

One fine day, I planned to start at 10 am but it got postponed to 12:30 am, as my aunt insisted me to have lunch. I packed all my luggage on the bike (I tied it in a different way this time), wore my gear and set on the journey to Bikaner. After filling up the petrol, I left the city at 1:00 am. I knew it was quite late. I had a long journey ahead and I hated to drive at night. I called up my first couchsurfing host and informed him that I started from Jaisalmer.

The highway from Jaisalmer to Pokhran was really nice, so I was cruising at 100km/hr. Suddenly, I hear a sound and I realised I had more place to sit than usual. I slowed down my vehicle and saw that my luggage was dangling behind my bike (thanks to the bungee cords). I stopped my vehicle in the side and readjusted my luggage to the usual setting. After an interesting episode earlier, I decided that I would not eat outside during my journey. I finished the leg of 280 km in just 5 hrs with 2 breaks on tea, biscuits and water.

I met my host and realised that the couch wasn’t free that night :(. As their couch was an independent guest house, they could accommodate me. There was a punjabi group who were staying there for a couple of days. I met Sukh and Balkar who were riding a bullet across India. They were heading to Jaisalmer in the next morning and I shared my lovely experiences from there. We shared a lot of interesting stories having tea and biscuits. I lost track of time and I realised that I wouldn’t get any food that night as it was really late. Sukh told me that they had prepared some paneer curry and told me that I could have it. I rushed to the kitchen and served myself the tasty food. I thanked them for the lovely dinner and went to sleep in my cosy sleeping bag.

The next morning Sukh and Balkar were leaving and they woke me up to say good-bye. I took a farewell photograph of them and went to bed :). I decided that I would relax for the day because of the hectic journey I had the day before. The main reason to rest was India vs South Africa world cup match. I was quite lucky that the couch had both internet and TV. I prepared myself a nice lunch and watched the cricket match. After successfully cheering India to a win, I decided to go to the Junagadh fort. The fort is a typical Rajasthani style one, but the history is quite interesting. After hearing the stories, I added Rajasthani Kings to my todo list to read. Right outside the fort I had a lovely masala dosa at a roadside stall (being a typical south indian). I bought some fruits and went back to the room.

Bikaner is quite popular for the ‘Karni Mata Temple’ (rat temple). The punjabi couple mentioned to me that it was a bit hyped. Being an atheist I am not really into temples but I am interested in understanding people believing in it. Especially, how can a rat temple be such a big thing considering rats are one of the top disease carrying rodents. I always wondered a rat which we would like to kill if it is in our house, how could people worship them in a temple? So I set on a journey to see by myself how would a rat temple actually look like. When I told my grandmother about my visit, she was really happy that I was visiting a temple and she wanted me to feed the white rat. It is said that if you get to feed the white rat your wish would come true. 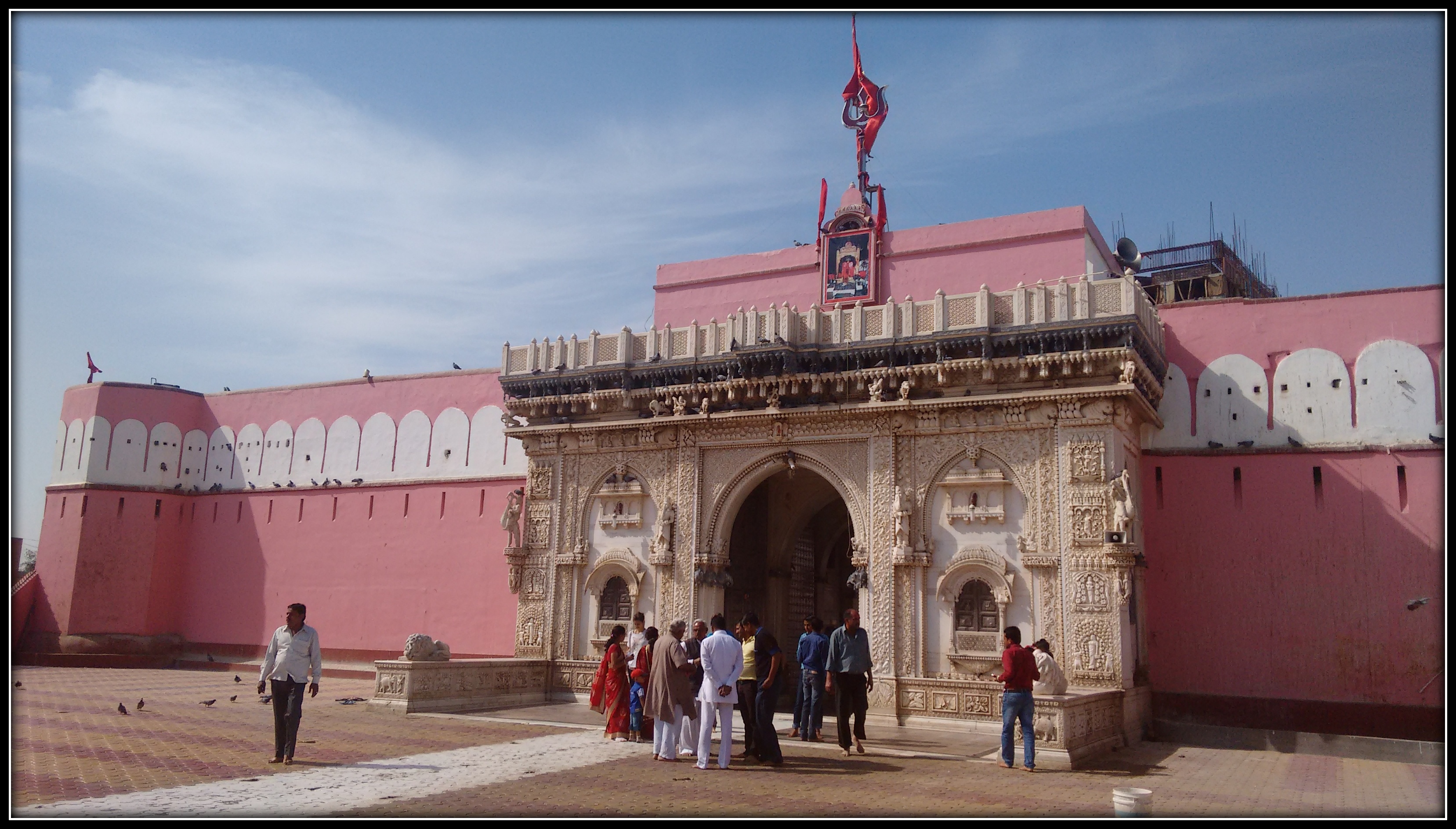 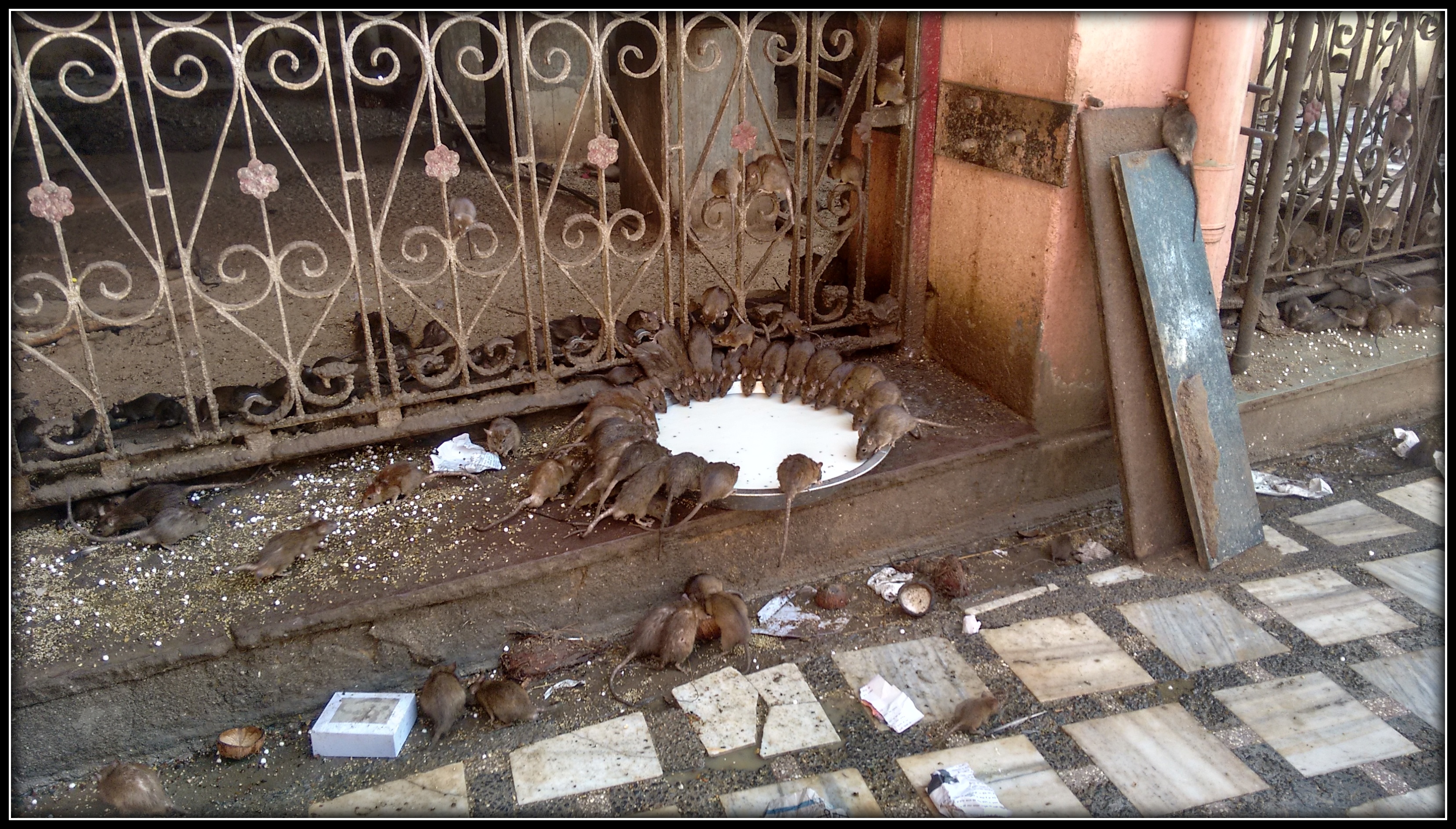 Rats being fed at the Karni Mata Temple

I rode roughly 40km from Bikaner and as soon as I entered, I saw rats running and jumping all over the place. I just couldn’t bear the smell of rats and rats climbing on foot is disgusting too. I quickly took some pictures and got out of the temple. I was like no white rat, I am just going out of it. I felt disappointed, as I drove 2 hrs to reach this place in scorching heat and I didn’t spend more than 10 mins. After reaching Bikaner, I decided to do something worthwhile, so I planned to go to the Jain temple as suggested by the Punjabi group. I managed to reach a Jain temple only to see that it wasn’t the right one. So I searched for another closest point that people suggested me but landed up in a completely different part of the city. Finally after hours of riding the bike through the gullies of Bikaner I reached the right Jain temple. The view from the temple was awesome but the temple was closed on that day :(.

I had a horrible day, it was a feeling where you have tried everything but nothing works out. It was seriously a bad feeling for a traveller. The first time in this journey I actually felt bad for being alone. I knew it was bound to happen for a solo traveller but I didn’t expect it would happen so early in my journey. These are some moments in life one must embrace. I called up my friends, family and I spoke to them about my feeling. I usually try to get out of it by pampering myself. I checked for a place to get a hyderabadi biryani and I spent 500 bucks in a costly restuarant in front of the Junagadh fort.

I realised time was up for my next destination i.e. Jaipur.