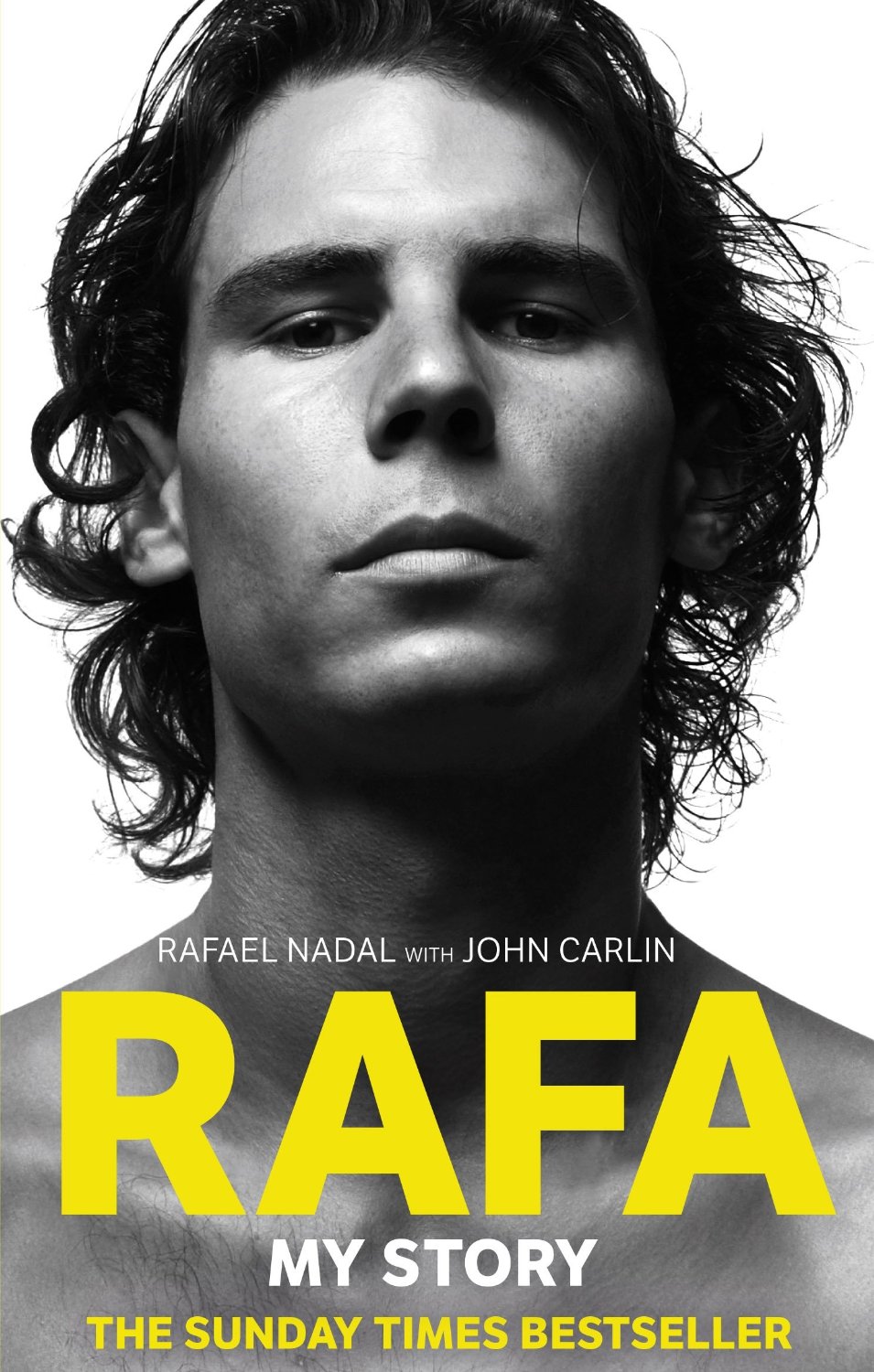 A perfect book for sports enthusiasts. Rafa is undoubtedly one of the few sportsperson who have built their career from sheer hard work and persistence. To be one of the greats, one needs to understand one’s own limitations. Rafa has definitely done that, he knows his strengths and weaknesses.

I have always admired people who of hard work rather than pure talent. Strangely, I never saw Tennis players in that way. I liked Boris Becker, Pete Sampras and Roger Federer more because of their playing style. I started following Tennis in the era where serve and volley was the most popular style. Slowly, as I grew up, the serve and volley game started to fade and behind-the-baseline and all-round/all-court became more popular.

I still remember the days when I supported Federer over Rafa during their epic clashes. Somehow, I always saw Fedex’s playing style as a perfect class and Rafa’s as brute power. But I could not deny that Rafa was definitely more hard-working than Fedex, as Fedex was naturally gifted. This is when I wanted to read more about Rafa Nadal. Okay!!! enough of the background about the book, now I will get to the review of the book.

It is a well written book describing both personal and professional sides of Rafa Nadal. What we usually see on the court is the aggressive side, but off the court he is calm. He has a closed entourage which includes his family, extended family, coach, physio and agent. Rafa is just a finished product, it would not have been possible without a great family. They never treated him as a celebrity. Everyone shares what his mother calls “a doctrine”, for how to conduct themselves in the world. As a family they anchor stability and create a safe haven. I think this is the major reason behind his modesty. Success has never got into his head. Just imagine a 19-year-old winning a grand slam title and what could have happened to him if he was not set with a right example. One excerpt that I distinctly remember when he talks about Roger Federer, “Toni was right. His serve is better than mine, his volley too; his forehand is probably more decisive than mine, his sliced backhand definitely is, and his positioning on the court is better too”. This shows his down to earth nature.

Another favourite excerpt of mine when Rafa talks about his experience at the Beijing Olympics, “My first experience of taking part in the biggest sports show on earth. I enjoyed it immensely and it taught me a lot and most of all, how lucky I am “…” I understand better than ever just how privileged we professional tennis players are, and how unjust is the predicament of so many Olympic athletes. They train incredibly hard, at least as hard as we do, yet the rewards tend to be far small.”;

Some highlights of the book are his first person narrative of Wimbledon 2007,2008; Australian Open 2009; French Open 2006-2011, and US Open 2010 finals. You will get to read what a player goes through during an epic finals. The rituals/routine before the match, nerves during the sets, endurance, injuries, coming close to the win or going through a smashing defeat are worth reading. I think Rafa’s journey has been a memorable one. The way he won those grand slams, coming out of a major injury and many more.

Overall a gripping narrative about the life of Rafa Nadal. Rafa and the ghost author, John Carlin (author of Invictus) have pulled off an unorthodox memoir. I would give 4/5 for the book.