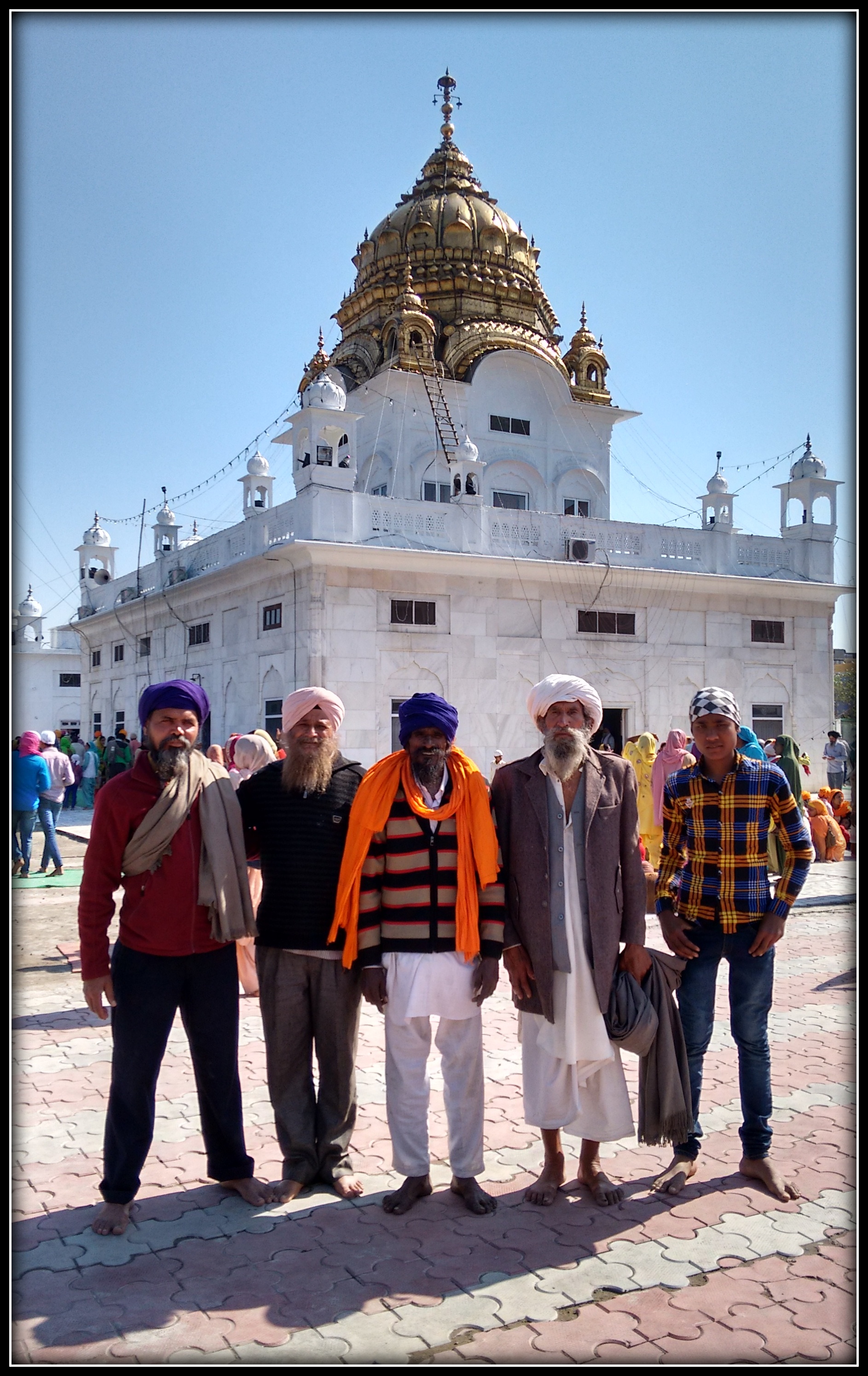 “Guru ka speaker bole langar chakke jayo ji” (the speaker of the Guru says to eat the langar and then go on). These were the words which I could hear all the time during the 3 days of the Paidal yatra to Dera Baba Nanak. Firstly, this yatra was the main reason I visited Punjab. Every year, on the 1st of March, in the remembrance of Guru Nanak Devi Ji, the first Sikh Guru, this yatra is carried out by hundreds of thousands of people. It is said that the guru settled and mingled with the God near the village named Kartarpur, a village right across the border in Pakistan. In Kartarpur, the first gurdwara was built also called as gurdwara Kartarpur Sahib, where Guru Nanak Ji died. Later, Guru’s decedents built a new town in India called Dera Baba Nanak named after their ancestors.

The journey happens for 3 days starting from the village of Dasuya to Dere Baba Nanak (border of Pakistan) which is roughly 90 km. When I told my host that I would like to walk the distance he was a shocked and a bit sceptical about it. He advised to go on a motorbike but I insisted on going with the religious battalion. I chose to do this, firstly to have a first-hand experience and secondly to test my endurance.

On the first day, we started at around 8:00 am after having breakfast at the Dasuya gurdwara. There were 2 official vehicles one jeep carrying the local guru with some important people and the other was a trolley in the front, where all the donations are segregated and accounted. The first day was exciting, it was cold and it started raining in between. I did not have anything to protect myself from the rain. Meanwhile, some random group of people were really kind to accommodate me in their trolley. I was lucky that my host knew them. Once the rain stopped we decided to carry on walking with the rest of the group. People were offering us food all throughout our journey from lassi, oranges, sugarcane juice, poori, roti sabzi, pakodas, badam milk etc. They pleaded us to have some food and it was really hard to say no. At around 7 pm we reached the gurdwara in Mukerian where there was a kirtan followed by dinner. My body was completely drained from the physical exhaustion. We took a spot at one corner of the gurdwara and I just fell asleep like a baby.

The second day, we woke up early to finish the necessary stuff before it got crowded. We had our breakfast and we set out for a long journey ahead at 5:00 am. It was dark and I was still feeling sleepy. There was no way I could escape but I am known to sleep in adverse situations (behind a bike, sleeping in buses). This time, it was a bit more adverse as I had to walk. Added to my adversity, a woman gave me a huge stick with a flag and asked me to carry it. I was carrying this huge flag with a bunch of other people behind the vehicles and was literally sleep walking. After an hour or so, I managed to hand over the flag to another person and moved in front of the vehicles to walk with the volunteers. As we were in the region of Gurdaspur, police started escorting us as there were too many people on the road. I was volunteering in the front to make way for the vehicles. I happened to make conversation with the police staff and they were really friendly. Everyone was quite surprised that I came to Punjab on a motorbike from the southern part of India. After a long tiring day, we happened to reach the gurdwara at around 6 pm, had our dinner and slept off.

The third day, our journey started at the similar time, my host was really tired and he suggested to hitchhike in a trolley. I just agreed with him although I wanted to complete the journey I started. So, after roughly 75km of walking we decided to finish the last leg of the journey taking a trolley. Interestingly, the owner of the trolley was also from the same village as my host and he happily agreed to accommodate us. At around 5 pm we reached Dera Baba Nanak and gave a visit to the main gurdwara. It was the second best gurdwara I saw after Golden Temple. We tried to find some accommodation in the gurdwara but it was full. So, we decided to sleep in the trolley. It was extremely cold and we didn’t have a lot of protection. The night passed by and we woke up early in the morning at 3 am. The toilets were not of the best conditions but as a traveller one has to be adjusting (I managed in a dessert :)). We took a shower near the lake and went for a morning visit to the gurdwara and had langar. We came back and rested for a while. At around 10 we visited the Chola Sahib and went to have a glimpse of the Kartarpur Gurudwara in Pakistan. Yet again I had goosebumps when I saw the Pakistan border (may be the feeling of being an Indian). Later, we visited the Tanot Devi Mata temple built after the temple in Jaisalmer, where the Pakistani missiles didn’t explode. After all the important visitings, we started our return journey and reached our village in the evening.

These were 3 amazing days of my life. I got to experience many things although it was physically and mentally challenging. Hope to have many more adventures in the future.

Following are some interesting observations I had during the trip:

a) Donations: I am always surprised to see huge amounts of money being collected in the name of religion. Within these 3 days, they collected around 1-2 Million rupees (30,000 dollars) from donations. I am not sure if people will do the same to help a fellow human being in need. I have seen families fighting to each other for money and donating huge sums to the religious institutes. Being an atheist, I would rather help people in need than donating huge sums.

b) Langar: I really like the concept of langar. People offer food with love and passion. One really nice thing about Sikh religion is that they offer free food at their gurdwaras across the world. I have seen gurdwaras in various countries offering free food to the homeless on the streets. I really appreciate this principle and would like to see all the religious institution adopt this policy one day.

c) People are beautiful: All throughout the journey I got to meet interesting people from different classes of the society. It was intriguing to talk to the labourers, rich/poor farmers, students, kids, mothers, grandmothers. Of course, most of them did not speak Hindi but I managed to have some interesting conversations. I spoke to them in Hindi and they replied in Punjabi. Luckily, Punjabi and Hindi are quite close in the language tree so it was not difficult to understand the main content.

Any journey which makes me ponder upon different things is an amazing journey.