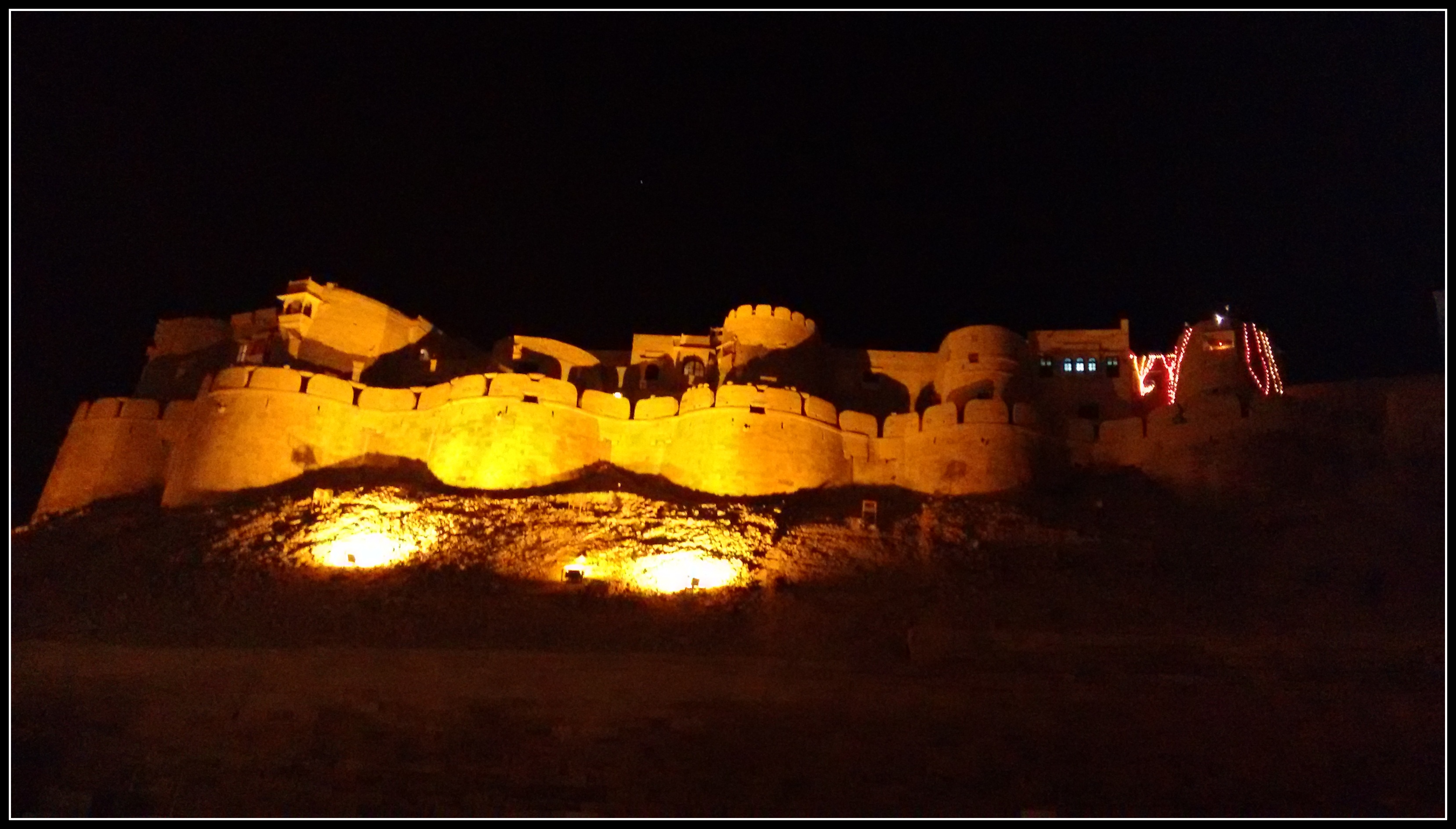 Jaisalmer is called “the Golden City” and the secret is majority of the structures are made of yellow sand stone. In the above picture you can see how the fort glows under the lights. One must definitely not miss the night view of the city, glittering like gold from the top of the Jaisalmer fort. I was quite surprised to see people living in the fort. It is a strange thing for someone coming from the south, as we always heard that Kings and Nawabs lived in the fort. I was amazed when one the aunt said that she lived inside the fort.

India is a vast country, traditions in southern part of India are quite different from that of the north. I think the diversity is what makes India so unique. Weddings and festivals are few events where you get to see the culture and tradition. I was lucky to attend my friend’s wedding at Jaisalmer. I was keen in attending all the events of the wedding. Starting with the bridal ceremony to sending off the bride (Vidhayi). Having been part of all the events, I actually felt like family. The marriage traditions were quite different, but one thing was common, “Athiti devo bhava” (Guest is God). Where ever you go in India, a guest is always treated like a God.

So here are some of my experiences in Jaisalmer: (places to visit, likes, dislikes).

Overall these are some of my views and experiences from my trip to Jaisalmer. It was a great experience to travel to Rajasthan for the first time. Thanks to my friend (Bhagawathi) and her family for all the love and affection. Hope to have many more visits to Rajasthan.