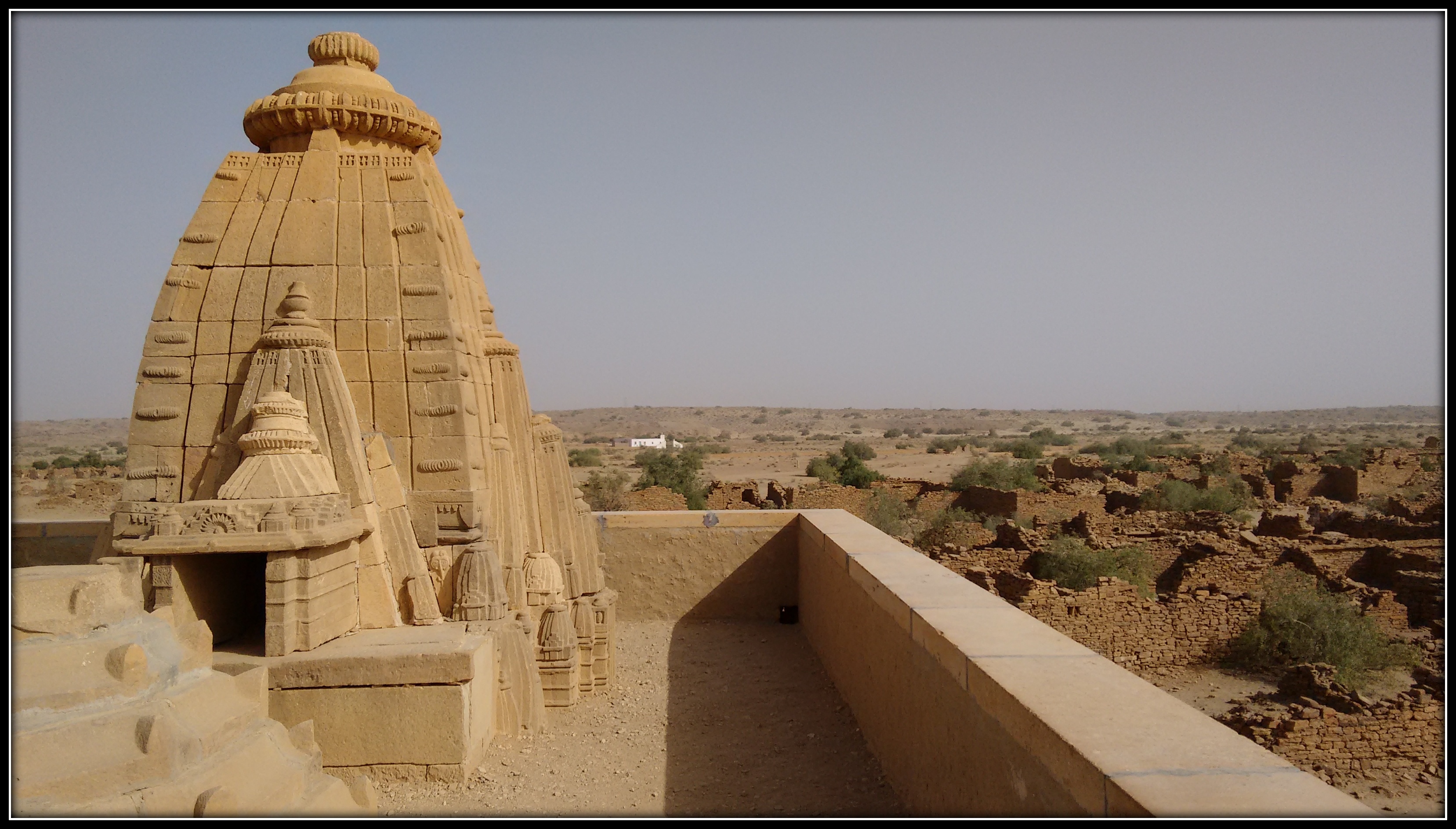 The navigation system took me through the crowded market streets to a state highway. After a while the state highways condition deteriorated and I started to have a bad feeling whether I was going in the right direction. I pacified myself by saying how can the Trip advisor be wrong, because a lot of people follow the app. I thought the path to the lost villages are usually bad. So I stuck to the plan & rode the bike as suggested by the google maps. At one point a proper tar road vanished and dirt road continued. It had the track marks of vehicles, seeing that my confidence was back. But soon my doubts started to pop in as I did not see any vehicle for an hour. Ideally as per google maps I should have reached by now as I already drove for 2 hours.

Suddenly to my surprise, I saw a guy on a bike and asked him for directions. He was like “Sir you came in the wrong direction”. I was like how can that happen, I could not accept that the app was wrong. I was arguing with him that the map cannot be wrong. He suggested me a way through a village. As soon I reached the village I saw few kids playing. I asked them for the direction and each one of them pointed in a different direction (Kids will always be naughty). I pleaded them to point me to the right direction and after sometime they gave a unanimous decision. I went ahead riding through the desert and I noticed someone. This was the same motorist I met earlier. This is when the screwed up feeling popped in my mind, I was going in a circle. The motorist realised it wasn’t easy driving in unknown desert as all the dunes look like the same. On top of it the sun was also set and there wasn’t any point of reference from the nature. 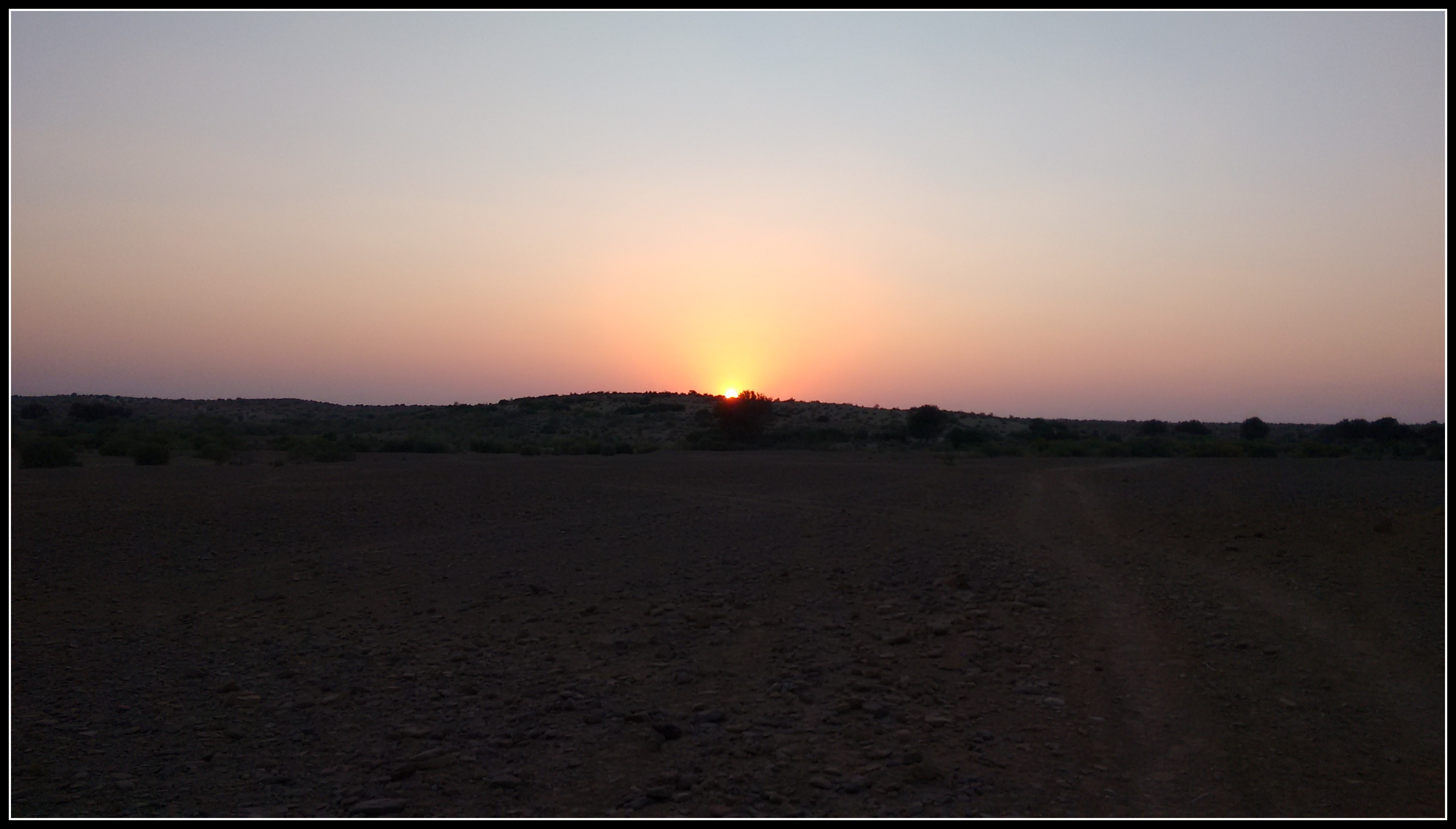 I realised I wasn’t going to make it to the village and even if I make it I wasn’t going to see anything except for the ghosts 😀 (it is a haunted village). It was getting dark and I had two choices (a) go back the long and crappy way or (b) try to find the nearest highway. I chose to go with the second one. The motorist accompanied me till a point and gave the directions to the main road. This time, I was lucky that the tracks where back, I kept on following them till I saw the path through the desert sand. The 220cc bike was struggling to move, I had to push the bike with full throttle and my body. Now things started to look scary, this is when I felt I was LOST.

Driving the bike was becoming difficult and the cold night was making it worse. I started to make my backup plans. I realised if I don’t make it in time, I have to find a place to stay otherwise I would freeze in the desert. On my way back, I saw a hut and I kept a note of it. I decided that if I don’t find the road back home then I would come back to the hut for help. I kept on riding in the path only to realise that the path was actually created by a tractor. To ride a tractor in a desert is a cake walk, but not for other vehicles :(.

After riding for a while in the low visibility, I saw some light at a distance. I stopped at a point and was figuring out whether the light was a stationary one. I saw that the light was coming near me, this is when I realised the road shouldn’t be far. My enthusiasm came back and within a few minutes I reached the main road. At this point my sense of direction was totally lost. I typed in Jaisalmer fort in google maps and I rode back home. The only thing interesting I saw in this whole ride was a deer running across the road in the dark.

I reached home and I was contemplating on what actually happened. I realised that all throughout I was riding to a wrong point in the map. Later on, I saw that there was a direct path to the Kuldhara village from the main highway, which I managed to go the next time. Nevertheless, this was the second time something like this happened to me. This is what an adventure is all about, it pushes you out of your comfort zone. Coming out of these situation makes you feel on top of the world. “Long live the adventure enthusiasts”.